Ontario is proposing new rules for the bottled water industry. The move comes after a water bottling company outbid a small community in its attempt to buy a well to secure a water supply for its fast-growing population.

It has long been said that fresh water could become the new oil as the world's most precious resource. To some, that has become apparent in a small Ontario community.

Water bottler Nestle bought a well near Elora from a privately owned company as a site that would help with future business growth. Nestle has a bottling plant nearby that employs 300 people. 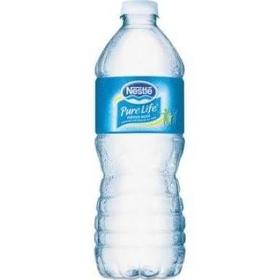 The township of Centre Wellington also wanted to buy the well to keep its water supply safe into the future, but it didn't bid enough. Critics say it doesn't make sense to allow a big corporation to pump out water and sell it across Canada and elsewhere while a community goes without.

"There are lots of industries that need water. Water bottling is a different kind of industry, and we need to treat it differently," said Ontario premier Kathleen Wynne, who had promised to look at ways to put communities first.

"I believe that the rules should be changed around water-taking for bottled water companies. I think that we have to look very closely at what those companies are paying [and] what they're allowed to take, so that's exactly the work that the ministry of the environment and climate change is doing right now."

That is exactly what Wynne's government intends. Among the proposals is a two-year hold on the creation or expansion of bottled water plants. The province also plans to imposed stricter scientific requirements for water-taking permits and will look at the cumulative impact of the practice on local supplies, particularly during droughts.

Other changes include more public transparency. Companies will have to create websites listing information about their water-taking permits and show how much water they take each week. In Ontario, municipalities, industries and water bottlers can take up 1.4 trillion liters of surface and ground water supplies each day.

In a statement Nestle said it looks forward to meeting Ontario's challenge to be even more transparent in sharing data on water withdrawal with the public.

The changes are being made with an eye to climate change and the needs of a growing population. The proposals changes are being posted on the Environmental Bill of Rights registry for the next 45 days for public comment.

The U.S. and Canada announced Wednesday that they have finalized a plan for restoring and protecting Lake Superior's water quality.

A 96-page document from the Lake Superior Partnership outlines major threats such as invasive species and climate change. It also lists priorities for preserving the relatively clean waters, including ending the release of nine toxic substances.

On the Atwater Farm, a commercial dairy farm near Lake Ontario, the sound of diesel trucks thunders through the air as they bring in loads of harvested corn for cow feed.

Battle over shoreline plays out across Great Lakes

As communities along the Great Lakes reclaim land once dominated by industry, officials are facing a daunting decision: How much land should be preserved as open space?

In Cleveland, a developer has proposed an outlet mall along Lake Erie, near the Rock & Roll Hall of Fame. In Rochester, the city has considered building housing and a hotel on Lake Ontario's shore. In Chicago, plans by Star Wars creator George Lucas to build an art museum along Lake Michigan crumbled this summer amid legal challenges.