A movement that started with scared homeowners, strange smells and a collection of health symptoms celebrates an anniversary today. Forty years after President Jimmy Carter first declared Love Canal a national health emergency, former housewife and activist Lois Gibbs looks back and realizes that the people she mobilized were the start of something a lot bigger. 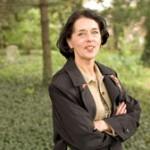 "We were the one that broke open the lens for other people to see what was happening.. all of a sudden we were hearing of cases across the country,' Gibbs tells WBFO in an interview on the 40th anniversary of the federal declaration.

Occidental Chemical Corp., formerly Hooker Chemical and Plastics Corp., used the abandoned canal  in Niagara Falls for its waste in the 1940s and 1950s.  They covered the waste with dirt, and sold the land to the City of Niagara Falls to build a school and a playground on.

Years later, neighbors like Gibbs began to notice clusters of ilnesses in the neighborhood, and black ooze in their basements. Children told tales of rocks that would explode into fire, and soil that could burn the soles of their footware.

Emergency declarations by President Jimmy Carter on August 7, 1978 and later in 1980 led to the evacuation of about 900 families and the bulldozing of an elementary school and two streets that had been built on the canal and the 21,800 tons of World War II-era chemical byproducts it holds.

"And it really helped us to build this larger movement, open the door for other people who were suffering the same way, and didn't know it and didnt make the connection. It was Love Canal that opened their eyes because there was no other historical site to look at."

Gibbs wasn't always an activist, and says that when her biology professor brother-in-law first suggested that her son's symptoms might be tied to the chemicals at Love Canal, she was stunned.

"It was terrifying and shocking.  At that moment what do you do? You know. I was a full time mom. What do you do? I was frozen in place."

The company has paid more than $233 million since 1995 to cover cleanup costs and medical expenses for victims of the contamination and continues to pay for the site's monitoring.

Remembering the 'slow-motion disaster' that was Love Canal

Tuesday is the 40th anniversary of President Jimmy Carter declaring Love Canal a federal health emergency. It was the first time a man-made disaster was given that declaration. The environmental disaster was memorialized in the song "Love Canal" by the band Flipper. WBFO's Nick Lippa produced an  audio postcard with remembrances from canal evacuees Luella Kenny and former Channel 2 reporter Dick Lucinski.

Forty years ago this week, federal officials declared a western New York neighborhood to be a disaster area. That action in Niagara Falls -- in an area that came to be known as Love Canal -- highlighted the threat of industrial pollution across America.